Day 1: Shavat Border/Dashoguz – Kunya – Urgench – Ashgabat
The accompanying guide will meet you at the Shavat -Dashoguz border in the morning at 09:00-10:00. Today you will visit architectural monuments of 10-12 centuries in Kona-Urgench, the capital of Khorezm. You will visit the Mausoleum of Najm al-Din al-Kubra, Turabek Khanum, Ilarslan, Tekesh Ibn Hajibey, and you will also be able to see the highest minaret in Central Asia, Kutlyktimur. After lunch, you will go to Dashoguz. From there, you will take a local flight to Ashgabat (16:00). Overnight at the hotel.
Day 2. Ashgabat
Today is dedicated to a tour of the capital of Turkmenistan, founded in 1881. The city is 25 km away, north of the border with Iran, in the foothills of Kopetdag. Ashgabat in the translation from the Persian word "eshg" means "love," and "Abad," which translates as "populated, well-maintained." You will visit the "Old Nisa" (the Sanctuary of the Parthian Kings), which was the capital of the Parthian Empire, which existed for 600 years and was the greatest enemy of the Roman Empire (a UNESCO site). Continue with the mosque "Dzhipjak" and the Family Mausoleum of the first President of Turkmenistan. Return to the city of Ashgabat. Then you will visit the Russian Bazaar, Lenin Square, the Ertugrul Gazi Mosque, and walk along the square. You will also visit the Seyit-Jemal-Ad-Din Mosque. In the evening, you will have a city tour. You will visit the main tourist attractions: the Arch of Neutrality and the Wedding Palace. After the tour, you will go to the airport.
- Transport as per program
- Accommodation
Menzil 3*
- Mineral water during the tour
- Guide for excursions
- Visa
- Meals
- Full board
- Travel insurance 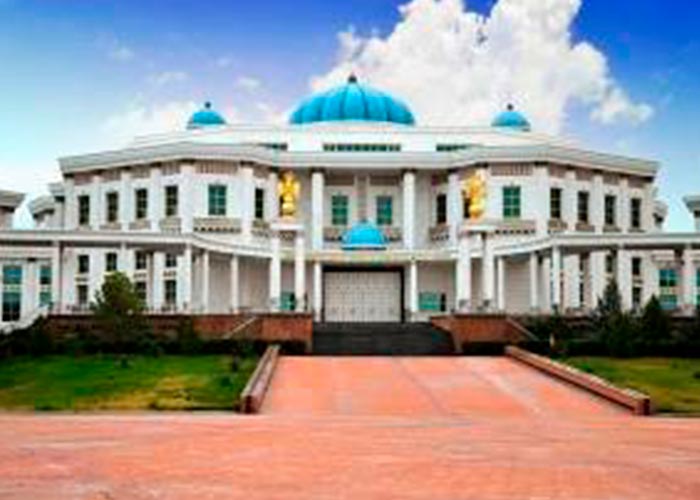