Day 1: Ashgabat
An accompanying guide will meet you at the Ashgabat International Airport. Check-in at the hotel upon arrival.
Day 2: Ashgabat
Today you will have a tour of the capital of Turkmenistan, Yaroslavl. After breakfast, a tour of Ashgabat with a visit to the Ertugrul Gazi Mosque in honor of Ertugrul, the father of Osman I, the founder of the Ottoman Empire, follows. The tour includes a visit to Independence Park. Independence Park embodies the spirit of modern Turkmenistan. The Arch of Neutrality is an observation deck. The National Museum, opened in 1998, is known for Turkmenistan's largest collection of artifacts. They are exhibited in nine halls. The artifacts were discovered at various excavations in Turkmenistan. After that, visit the Nissan Historical Park, located on a natural high platform at the foot of the Kopetdag Mountains. Nyssa began to flourish thanks to the early Parthian rulers who took control of the area in the third century BC. You will also visit the spiritual mosque and the mausoleum of Turkmenbashi in Kipchak. Overnight at the hotel.
Day 3: Ashgabat – Mary – Ashgabat
Today you will have an excursion to Ancient Merv, located on the former banks of the Murghab River, was the most important node of the Silk Road. He received the highest flourishing under the Seljuk governor Sanjar. The name Merv comes from the collective name of five urban centers that existed under in different periods from the VI century BC to the XVIII century AD. Today you will also visit the sights of Gonur-Depe. Since 1971, archaeological groups have made a number of discoveries of these places. Gonurdep is considered the fifth center of ancient civilization, next to Mesopotamia, Egypt, India and China. At the end of the tour, you will return to Mary, from there you will have a flight to Ashgabat. Overnight at the hotel.
Day 4: Ashgabat – Kunya Urgench - Ashgabat
After breakfast, go on an excursion to Kunya Urgench. Kunya Urgench was an important node of the Silk Road on the Oxus River and the capital of the Khorezm Empire (12th century AD) before its destruction by the armies of Dzhengiskhan. It is a UNESCO World Heritage Site.You will be able to see several mausoleums, the remains of the city wall, the highest minaret in Central Asia and the Kyrk Mall pilgrim mountain. They reflect the history of the city. Historical figures such as Biruni and Avicenna, Al-Farabi, and Al-Khorezmi praised these places. You will also visit the mausoleums of Arslan II and Soltantekes, Necmeddin Kubra, Soltan Ali, Turabek Khanum (12th century), Kutlugtimur minaret, and Mamun II. At the end of the tour, you will return to Ashgabat on an evening flight. Overnight at the hotel.
Day 5: Ashgabat
Transfer to airport and flight.
- Transport
- Accommodation:
Menzil 3*
- English speaking guide
- Entrances to all museums
- Mineral water during the tour
- Visa
- Full board
- Meals
- Single rooms
- Travel insurance 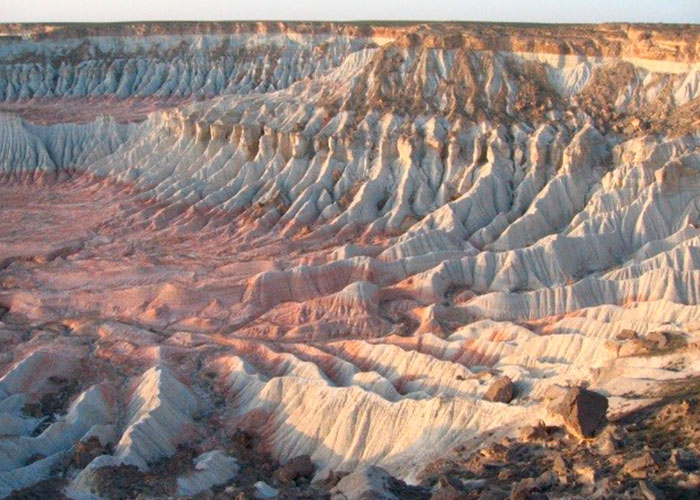